The Essential Digital Skills survey, conducted by Ipsos MORI on behalf of Lloyds Bank, is the UK’s benchmark for the digital skills needed for life and work.

Due to the wealth of data from the research, it is not possible to publish it all within the report. As such, the interactive data tables were made publicly available, allowing the user to self-serve on the data more than ever before.

The third annual measure of of Essential Digital Skills was published on 24th September 2021.

For any additional queries, please contact the team at digitalskillsinclusion@lloydsbanking.com. 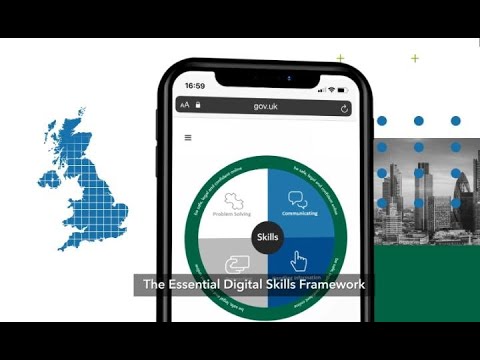 View the Essential Digital Skills data tables for this year.

For more information on the third Essential Digital Skills benchmark.

On behalf of LBG, Ipsos MORI interviewed a quota sample of 4,129 participants aged 18+ years in the UK (Great Britain and Northern Ireland) via their telephone Omnibus between 12th March - 25th April 2021. Quotas were set by age, gender, working status, property tenure, region and device ownership. The data is weighted to represent the known population of this audience.

In previous years, Ipsos MORI conducted the EDS survey through the face-to-face Omnibus (CAPIBUS) which was able to reach those aged 15+ in Great Britain and Northern Ireland. Due to the Covid-19 pandemic compromising the safety of respondents and interviewers and prompting local lockdowns throughout the UK, the survey was carried out by telephone (CATIBUS), rather than face-to-face interviewing. This means some caution should be taken when making exact comparisons with previous years given mode effects may be in place. Although the questions were asked in the same way.

As it was not possible to survey those aged 15-17 using a CATIBUS approach, in order to make a direct comparison, the 2019 and 2020 data have been recalculated based on a sample of adults 18+, with data re-weighted to represent the UK population 18+. Therefore all data provided here is directly comparable, however these data points may differ to those reported in the 2019 and 2020 Consumer Digital Index reports given the data has been re-calculated.