Mr and Mrs Lomax's tips to save for retirement

Mr and Mrs Lomax are coming up for retirement. There’ll be more time for family but are their plans backed by the right financial preparations? 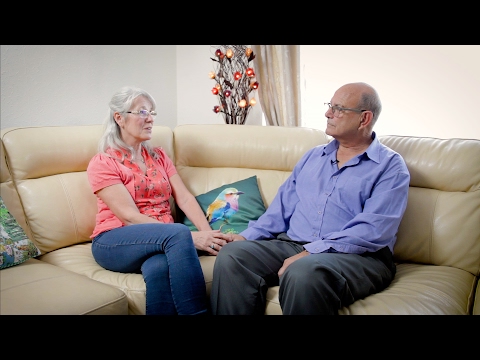 Retirement opens up a world of possibilities. For Mr Lomax, the end of work means the beginning of a new adventure.

“As I've gradually started to pack in work and do three days, we've been going away every month,” he explains. Travelling and the great outdoors have been a lifelong obsession, something he shares with his wife. “We once went to buy a table for £8, but ended up buying an £8,000 caravan instead!” she adds.

Talking to one another

The occasional impulse aside, Mr and Mrs Lomax are normally good with money. “We’ve never been overdrawn and if we're going to make a big decision, we always talk about it,” Mr Lomax proudly states.

That sense of togetherness is carrying on into retirement with Mr Lomax looking forward to spending more time at home with his wife and also with his grandchildren. After a lifetime of working – and paying into pension schemes – it’s something he feels is deserved.

Planning for the next stage

“We knew my retirement was going to happen so we’ve planned for it,” Mr Lomax says. “I’ve also got a couple of pensions to draw on so we’ll be ok.”

“We’ll obviously have to alter our purse strings, but I think we'll have a good time,” adds Mrs Lomax who has has another twelve years working before officially retiring.

“We’ve been ok with our planning. It’s important to have everything in place and to talk to the right people – the professionals,” she concludes.

“Yes,” agrees Mr Lomax. “You never know what you’re going to need, or when.”

The wisdom of age: Mr and Mrs Lomax’s tips for security in retirement

Ensure that you have everything in place, including pensions and wills, but don’t leave it too late to start planning and taking action.

Be flexible about your plans. You never know when things will change.

Think about savings and other investments and put as much away as you can afford because you never know what you will need.

Try saving for something big instead of using credit every time.

Talk to the professionals for planning advice.

Talk openly to your partner and your family about money and discuss any major spends.