With two young children, managing to make ends meet is not always easy. But thanks to their financial preparations, this young family are managing to plan for the future. 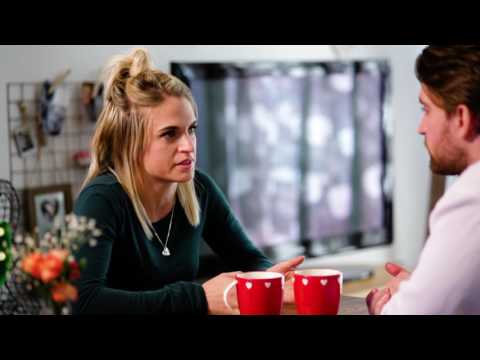 Going back to work after maternity leave can be a huge step to take for a number of reasons. It’s good to regain your independence but it may be important to start earning again. For Kate, that’s certainly the plan. However, her main worry is that with just two days of work a week, her income wouldn’t be enough to cover the nursery fees for their daughter, Olive.

Unfortunately, calling in favours from Kate’s family isn’t an option as her parents and sister work full-time. And neither can her partner Lee, a former Royal Navy seaman, quit his job or reduce his hours as – in this case – he is the main breadwinner.

It’s a quandary that millions of families face, especially young ones. Yes, balancing the books is difficult, stressful even, but as with Lee and Kate, having a solid understanding of what it takes to save, budget and spend wisely is the first step to making it work.

Lee and Kate’s first financial shock came when they found out that Kate was pregnant with their son Rupert. They were “petrified” but the saving grace, says Lee, was that at the time neither had any other financial responsibilities other than each other.

As a result, they took the decision to live with Kate’s mother – a move that allowed them to save for a deposit – and eventually buy the house. Without his mother-in-law’s support, Lee says, they couldn’t have afforded to start saving for their own place. “We owe her a lot, just don’t tell her!”

When they discovered Kate was pregnant with Olive, although not entirely unexpected, priorities needed to be re-ordered to accommodate the new needs.

“I’m so money conscious,” adds Lee. “Having children and a mortgage certainly focuses your mind. We weren’t saving as vigorously as we could, but we’ve got better.”

The couple have three bank accounts, a personal one each and a joint version which acts as a money pot for bills, housekeeping and unforeseen costs. On top of that they also put a little bit aside each week for both their children.

“It adds up, so when they’re 20, they’ll have a bit of money to buy a house or put a deposit down. Every little counts,” says Kate.

“We’ve had to sacrifice a lot of fun things to save for our future, and our kids’ as well. We’re looking forward to taking a holiday one day. We don’t know where yet, but it’ll be a treat.”

But first it’s Rupert’s birthday and Lee is looking forward to getting the bouncy castle in the garden. Some things can’t be short-changed. On that they both agree.

Telephone calls may be monitored or recorded in case we need to check we have carried out your instructions correctly and to help us improve our quality of service.